Whilst many Melbournians escaped the city for the long Anzac weekend, we were cruising around Bayside with 8 extremely friendly and funny guests on a Craft Beer Tour along the Bayside Beer Belt.

The tour starting on Saturday 23 April at 11.30am with three groups of people who didn’t know each other but they all had one thing in common – BEER!

We had four funny women who had been friends for years, two guys with young kids who needed an escape for the day and two grumpy old men… (I can say that, one was my Dad and a long time family friend!).

Our first stop – Stomping Ground in Moorabbin where our host Nick, talked our guests through each beer, the origins, the inspiration, the ingredients and so much more. Two of our guests went into the day declaring that they weren’t ‘sour’ drinkers. As with all people on a tasting experience tour, you need to try everything….. Watermelon Smash was the name and sour was the game that started these guests rethinking their thoughts on a ‘sour’.

Our next stop was Braeside Brewing in Mordialloc where the very friendly Jeff took our group and ensured they were looked after. A delicious selection of wood fired pizzas were brought out along with four unique craft beers, including another sour, this time – cherry. Our non sour drinkers were really coming around…. The group was treated to a tour through the brewing section of the brewery and an explanation of the process was given.

We then arrived at the very large and hard to miss Dainton Brewery in Carrum Downs. This brewery is so large and once you see the brewing facility, you’ll understand why. It is one of the largest craft breweries in Victoria and prides itself on being extremely streamlined and automated in terms of it’s processes. Rona was our hostess with the mostess and we all loved listening to her, especially with that Scottish accent. Rona was very knowledgeable on the beers and spent the time with our guests chatting about tastes, ingredients and the processes.

Our last stop for the day was Banks Brewery in Seaford and a great way to end our Tour. Ollie our host explained to the group the history of Banks and how it got to where it is today as well as explained the four beers the crew would be tasting. Whilst at Banks the winners of the tour were announced with the winning team having answered majority of their beer trivia questions right as well as earning extra points for creative photos taken along the way! Well done Donna and Louise.

The amount of laughter and sledging that went on amongst the guests were at an all time high which made the day so much fun and entertaining. Two of our non sour drinkers were converted and many other styles were tried and even purchased! We are so lucky to have so many breweries and distilleries located within such close proximity to each other and what better way than to explore it on a Craft Beer Tour! 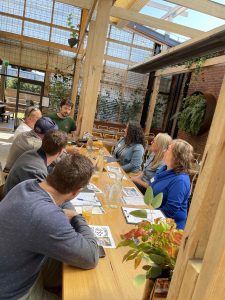 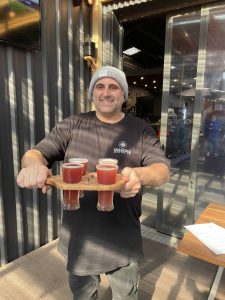 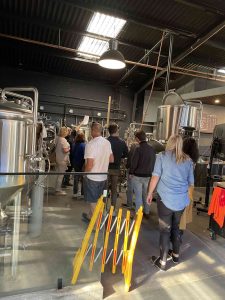 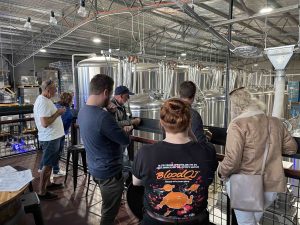 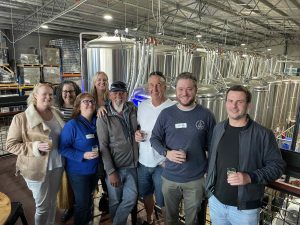 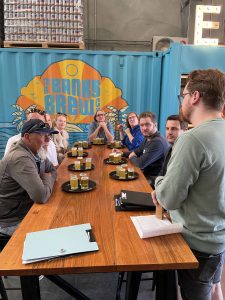 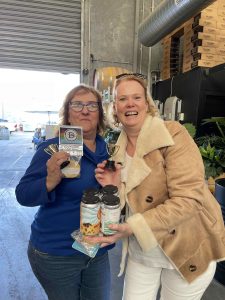